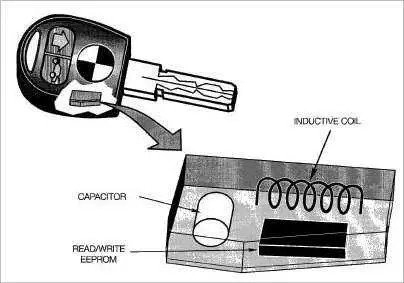 We have often been asked for an EWS delete chip. That is; a chip that boosts the horsepower of their 1995 325i and deletes the EWS protection at the same time.

EWS is an anti-theft system installed in BMW cars and it comes in different flavors (I, II, III, ETC.). Here we will refer to EWS-II specifically, which is installed in 1995 cars through 1998. Models later than 1998 use the EWS system too, but more advanced versions, like EWS-III.

The immobilizer unit in your BMW (EWS unit) manages the security system, taking care that the codes in your transponder car keys (coded RFID chip inside the key handle) matches the codes stored in the EWS unit itself. If it matches, it sends to the DME an OK signal to start the engine. Otherwise, the starter and the ignition will be disabled.

One of the purposes of the EWS DELETE chips is disabling the security system, so the car can start and run with any key as long as it is mechanically cut to match the lock cylinder. The other purpose is to boost performance through reprogrammed fuel and ignition maps.

Our chip is similar to the chip in the video below, but more than 300% less expensive. It was meant for the non-EWS DME, so it has no EWS code inside. So if you use it in your EWS enabled 413 DME, it will disable the EWS, plus it will boost performance. For the chip to work properly, some simple wiring tampering to the EWS module must be done.

You may check some of this information in the video below from Mybimmerspace (My Bimmer Space) guy on his Youtube channel.

If you are installing a chip in this DME (ECM/ECU) model, below you can check the information about it:

By the way, if you happen to touch the battery with your DME chassis while it is still connected to the wiring harness, note that while the DME could be damaged by that, most of the times what gets damaged is the Airflow meter, as explained in the link below:

The Non-EWS DME computers always have a maroon colored label. The EWS Enabled DME’s, have a silver color label instead. That’s the only way to differentiate one from the other, as both have the same part number (“0 261 200 413”) and both are made by Bosch.

As you can check in the video above, the wires you will need to tamper are two wires for enabling the starter and one wire that sends a signal from the EWS module to the DME (wire #66 in the DME):

1. Cut the EWS wire coming from the EWS module (green in most cases). It is wired to pin #66 of the DME module. This will ensure no EWS signal to the DME.

2. Cut wires #1 and #3 from the EWS module and join the part of the wires that go away from the module and cover with insulating tape or wire nuts. This will enable the starter.

Location of the EWS module: 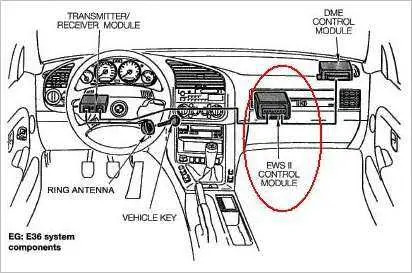 The cons of this are of course, that your car will no longer be protected by the EWS system as long as you have this modification in place. The pros, (1) your car will have more power if using this chip, and (2) you won’t be stranded if the EWS system malfunctions, which is a situation that is more common than you think. Another pro is that you may have as many copies of your keys as you wish and will not have to spend (pricey) in programming services from the dealer.

Below are pictures for reaching the EWS Control Module, but you will obviously find it easier if you watch the video above. 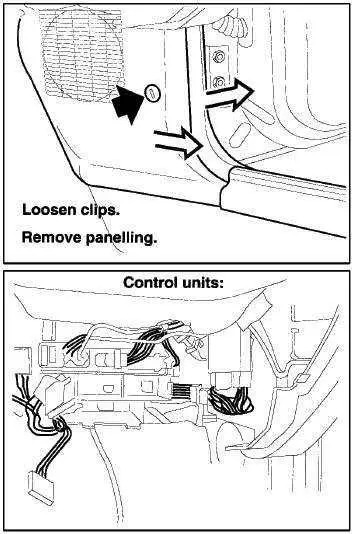 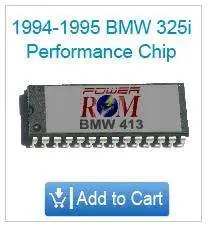 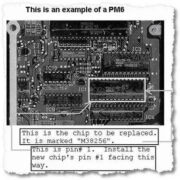