Fast Shipping
*Plus "Lead Time", which is the processing time in business days (specified below).

All orders are shipped within 1-3 business days.

Lead Time: 1 business day
When in stock, this is the processing time in business days that this product takes from ordering to be actually shipped.

Do you still have one of these cars? If yes, we don’t blame you! We had one of these ourselves and I can tell you that for off-road, rally racing and for some modifications, it is simply one of the bests 🙂

We are sure you will be satisfied with the results obtained with this chip as soon as installed. As most of our customers say, “I bought it to use it off-road sometimes only, but once I installed the chip, I no longer want to drive my car without it…”

This chip is good for stock engines and even better for modified engines. It fits Suzuki Swift models from 1989 through 1994 with the 1.3L DOHC, G13B engine. You read right, 1989 through 1994 (MK2 and MK3). Both ECUs use a different chip, but the same program, so we made so it can switch automatically as needed when installing it in any model among those year models (either MK2 or MK3).

A 28-pin socket is included, as we recommend not to directly solder the chip in the circuit board. Using a socket makes it easy to swap chips, maybe for “performance” or for “cruising”. The included socket is a standard socket, so if you already have a socket installed in your ECU, then you may discard the included socket and you will already have gone half of the way installing the chip.

Detailed installation instructions are included, but can also check the article below for the information:

Fuel and Ignition Maps were modified and optimized for producing more horsepower and torque even in a stock engine. The rev-limiter (Redline) was raised up to 8600 RPMs (no more cuts at 7200 RPM). The speed governor was eliminated to allow the vehicle to reach its maximum natural speed (no more 110-120 Km limits).

Note: In the case of the Revlimiter raised to 8600 RPMs, it is not recommended to allow the engine to go that high RPMs unless you have upgraded your vehicle’s cam hardware to avoid a valve float condition that may damage the engine. Going as high as 8600 RPMs requires at least special valve springs and retainers to allow the valves to properly close at such high speeds.

1. This chip will ONLY fit any of the following Suzuki ECU computers (“xx” can be any number or letter):

3. This chip was NOT designed to be used on Turbo or any other boosted application. Booster application will require even more fuel than the fuel programmed in this chip and possibly larger capacity injectors.

Q. Are these chips vehicle or application-specific?

A. Yes. It will only work with the models or applications listed here on this page.

Q. What other modifications are supported by this chip?

A. Any intake or exhaust modification will be wonderful using this chip, especially cold and ram air modifications. Modifications not recommended are fuel delivery modifications that inject more fuel than the stock settings, which is the base used for calculating the programming of this chip. For example, larger injectors or extra injectors installed, higher fuel rail pressure, turbo or using nitro (NO2 or NOX) are not supported.

Q. How can I identify my computer?

A. To identify your computer (ECU or ECM), you must look at the computer’s top cover label. The number should be similar to the following format:

Q. Where is the ECU located?

A. The ECU in the 89-94 Suzuki Swift, the ECU is located at the driver’s side, below the dash. Please check the picture below for reference: 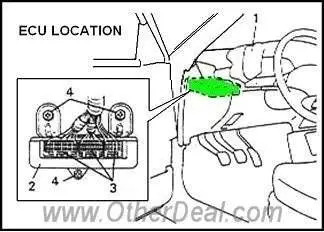 Shipping to the USA is FREE through USPS Priority. Faster (paid) shipping services (FedEx and USPS Express) are also available. 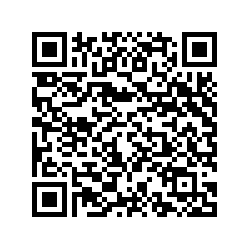