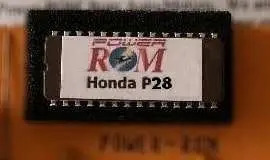 Racing or performance chips, What are they? 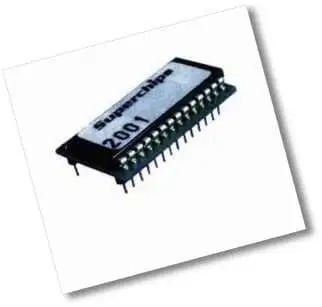 Originally, chips are EPROM memory chips or Flash EPROM memory chips which contain a program for running the engine (inside the ECM), which is similar to the manufacturer’s included programming, with exception of some parameters which have been modified by someone (the tuner) for accommodating new hardware, like bigger injectors, any type of boost induction, different engine cams, etc, or just to produce the most power out of the already existent hardware (stock engine for example).

That is the original concept of a “performance chip” or “chip tuning”. Nowadays you will see the same concept applied to what we described above (EPROMs and Flash EPROMs), but also to “piggybacks”, “resistor chips” and other devices, some real and some bogus.

Flash EPROMs are similar to EPROM chips, but they are a newer concept, they can hold a larger memory size, they are faster and they can be erased and re-written electronically, contrary to regular EPROMs, which needed an ultraviolet-light tool for erasing it, so it could be re-written.

Another feature of Flash EPROMs is that they can be erased instantly or in a “flash”, which is where their name comes from. Other memory types that could be erased electronically, it had to be done step by step or by “pages” of specific memory size. Flash EPROMs are used in modern cars and can not be used in older models. The 1994 VW Jetta use a 27C512 old EPROM chip, while the same model from 2001, uses a Flash EPROM 29F400 and the two are not compatible in any way. So we are discussing the concept of older and newer memory chips used for chip tuning as a comparison, but those are not exchangeable.

The “piggyback” is a circuit, mostly a separate computer, that will intercept the signals coming from the different engine sensors to the ECM and will modify them before feeding it to the ECM, so the ECM take different actions, like injecting more fuel, advancing ignition and so on. This, of course, will not exceed ECM parameters as it is working in parallel with the ECM but it is still the ECM that will control the outputs (injectors, ignition, etc.). The benefit of these systems is that they are easy to program and set and the user can adjust the parameters to their like. Examples are “Apexi” and “Unichip”.

The “resistor chip” is nothing more than that, a resistor. Like the piggyback, the concept is to modify a signal from a sensor, usually the IAT, before that signal goes to the ECM. Then the ECM was expected to do changes in favor of performance. As mentioned, the concept is similar to the “piggyback”, but instead, it is a fixed value, not dynamic as the piggyback and it modifies only one signal. As mentioned, such a signal used to be the IAT signal (Intake Air Temperature), but then it moved to the O2 sensor(s) too when they realized that it was not working with the IAT for most cars. The trick was to make the ECM “think” that incoming air was colder than it really was, expecting the ECM to inject more fuel.

EPROM chips, like memory chips in your computer and phone, have an “access time” specification, which is the time it takes to output data after it was requested. For microcontrollers inside the ECM running at “X” speed or “X” MHz, the access time must be low enough for uninterrupted communication of data. Since ECMs do not run super high speeds as your laptop does, 200nS was the access time standard for those chips. This is true for ECMs running at maybe 20Mhz with a bus speed of less than 5MHz. So, where I am going with this? Many people used to sell those chips by using 250nS and slower EPROMs. Failure was predicted here.

The original concept of “tuning” was adopted for cars with carburetors. They had to be constantly tuned to maintain optimal performance, so it was about optimizing. It was common to re-gap the spark plugs and re-calibrate the ignition distributor contact points and clean the carburetor needles or jets. Now we use the same concept for electronic fuel injection systems but in a different way. Now it refers to gain power, either in horsepower, torque or both. Hardly it is about optimizing only.

One “tuning” concept that is also common on the Internet is about painting and remodeling your car’s appearance. It often is done through a computer design program, but that has nothing to do with the focus of this article. They just call it “tuning”, not “chip tuning”.

Does this chip tuning work if no modifications are done to the engine?

Yes, it has moderate results, but yes. This is possible because (1) there are laws regulating the emissions produced by the engine and (2) the need for using low quality (low-octane) fuel for economic reasons. Both reasons lead manufacturers to produce engines that are set to make less power than the maximum they can produce. And guess what? The limits introduced to achieve those goals reside in the ECM programming. With chip tuning, a reprogram of engine parameters is done in an attempt to gain back the power that was left behind the regulations. This leads to another question, is it legal? In most cases, probably not. If your car is modified mechanically or in programming, it may fail the emissions test. Another thing is that the speed limit a car can naturally go is limited by law in some countries to 180 Km/h (112 MPH) and that limit is programmed in the ECM too. If you modify the programming, so the car can go faster than 180 Km/hr it could be illegal even if you never reach that speed. Please note that this is different from the legal speed limit (ex: 65 Mph in the USA). This instead, is a limit on how fast the car can naturally go if it has the space to develop that speed.

Besides EPROM chips or Piggybacks or resistors, there are other methods that people try in an attempt to get more power out of their car’s engine. An example is to use a direct connection in the engine fan(s). They claim that keeping the engine temperature lower will allow to advance timing more and produce more power out of it. Their rule is something like every certain fewer temperature degrees in the engine, allows for an extra degree of ignition advance. Another modification I have seen often is the EGR or “Exhaust Gas Recirculation”. This is a system that is installed in all cars. It allows a certain amount of exhaust gas to be injected back to the intake manifold. This is done for (1) keep the temperature of the engine lower and (2) the most important, it helps reduce nitrous oxide emissions produced by the engine. Nitrous oxides only happen at high temperatures. If the combustion chamber gets hot enough, it will mix nitrogen with oxygen, producing nitrous oxide gas, which like carbon oxide gases, it is poisonous too. Where does the engine get the nitrogen? From the same place where it gets the oxygen, from the air. The atmosphere is about 20% oxygen, 79% nitrogen, and 1% other gases. That’s the air we breathe.

So why the EGR? Because recirculating exhaust gas induces inert gases to the intake, producing less power. That is, less oxygen, less combustion temperature equals less power. I haven’t measured it, but I guess that it is not more than one or two horsepower difference. Also, it is activated only at high engine speeds. The valve keeps closed (deactivated) at low engine speeds to avoid disturbing idle or cruising speeds. By the way, if you are eliminating the EGR, it will be a good idea to keep the engine fans running as described above, as lower temperatures will be needed in that case.

Still another modification is a complete reprogrammable system, but those are the fewer that are purchased because they are expensive, many times an expert is required to do basic programming to at least start the engine and then go from there to a complete tune. These units need to be programmed from zero to match the engine functions and parameters of your car. Of course, once working, you may do any chance without other limits than the engine’s natural limits.

Back to Chips. What Changes Are Made?

As mentioned earlier, an exact copy of the stock software is made and then some modifications are done to some parameters, depending on the purpose and needs.

The person who is trained to do these modifications is called a “Tuner”. Though the tuner is trained on what modifications to do and to what level, most of the time they use specialized tools and software. The tuner does not necessarily know where in the ECM program memory are the parameters he or she needs to modify. That is the job of a team of researchers that develop systems to do so. Instead, the tuner knows what to do in terms of injector opening timing at certain RPMs or at certain engine loads, how much ignition advance in degrees, and stuff like that. However, there are tuners that know about both matters.

Since the experimentation and development of good and effective performance chips takes a lot of time, effort, and knowledge, and the means to do it are often very expensive and exclusive, performance chips are often protected to avoid illegal or unauthorized copies.

This activity is being continuously done by people who want to do a few bucks out of other’s hard work and investments. This is not only unethical but hurts the market too. Imagine a group of people investing thousands of dollars in developing a product and cutting costs the most they can, so the product can be sold at a competitive price. Now imagine the same product, being copied (stolen) by other people who haven’t invested a penny on the project and start selling it at a small fraction of the price just to attract most of the buyers. The market value for that product will quickly fall and sales will not collect enough capital to support more development or even keep the Company operative. You know, why would someone pay $299 for a chip if others offer the exact same copy for $50?

To avoid the above situation, many chip developers have had to invest even in another product, which of course, will raise even more the product’s final price. That other product is the “anti-copy” socket in combination with an encrypted chip to successfully protect the chip contents. In average, this protection measure raises the price to the end-user (the customer) of an extra $50 per piece. 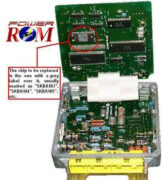 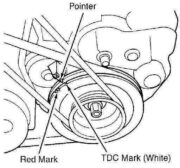