Here is the location in the vehicle for most Honda Civic/CRX ecus. Most of the time, it is in the location pictured below. This happens to be true for the Civic models, while Accord models have it at the bottom of the center console. Some models use an ECM (or ECU) for the engine and one for the automatic transmission (TCM or TCU) and some other models use one module for both things (PCM).

You located the module, but not sure if it is the engine ECM? You can make sure by checking the part number of the box. It should be in the format of “37820-Pxx-xxx” and you will find that number on its side label. The “X” in the number format can be any combination of numbers or letters. Any other number that does not start with “37820”, it is not the engine ECM, but a different module, as there are several electronic modules around the interior of the car. 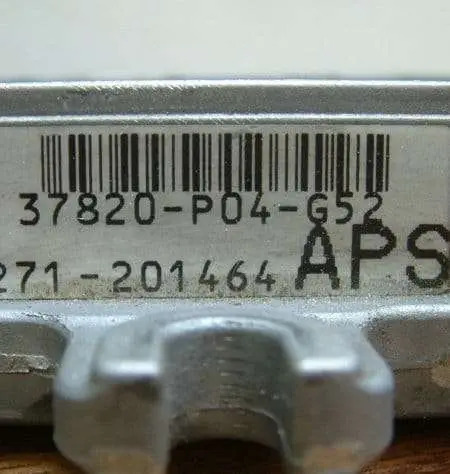